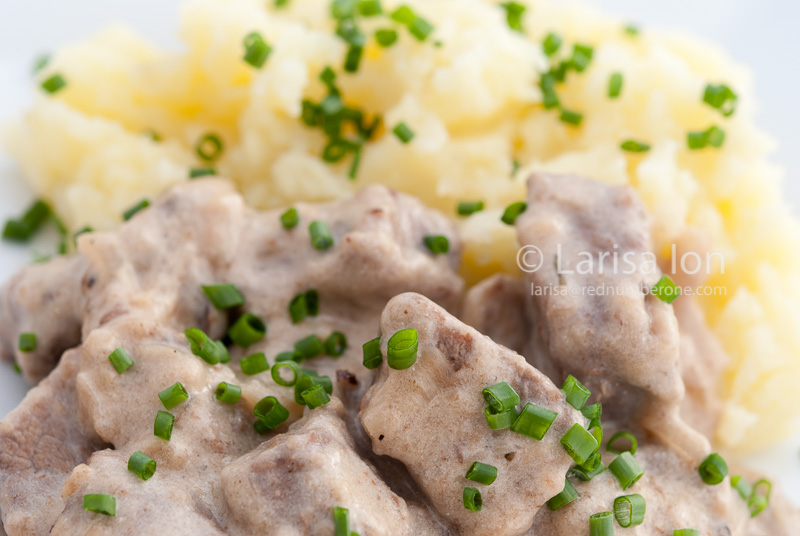 Beef Stroganoff is a one of the most popular and famous dish of Russian cuisine. Sauteed pieces of beef fillet served in a sauce with sour cream. From its origins in mid-19th-century Russia, it has become popular around the world, with considerable variation from the original recipe. Choice of meat – one of the important points, on which depends the final result. The best meat for beef Stroganoff is a beef sirloin steak.  Its most tender part and you will get soft and juicy beef Stroganoff.

This site uses Akismet to reduce spam. Learn how your comment data is processed.